How Adam's Barber Shop came to be

Upon graduating from San Marcos High School in 1986, Adam Silva attended Barber College receiving his Class A Barbers License from Modern Barber College in Austin, Texas in March of 1987. He then worked a few months in his dad's shop, Silva's Barber Shop, which has been a landmark in Staples, Texas since 1955. Adam opened his own shop, Adam's Barber Shop, in a building which had been the home of Tobias' Barber Shop in San Marcos for many years. 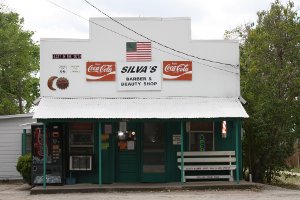 A couple of years later Adam moved to a location on South LBJ Street, where he was soon joined by his brother Abel, also a barber. They changed the name to Silva's Barber Shop and later moved to a location on Riverside Drive near Herbert's Grocery and Taco Hut. While at this location, Adam and Able were joined by another of their brothers, also a barber, Sam. The three brothers thrived there until in 2001 they moved into a new building custom built for them on Invasion Street. 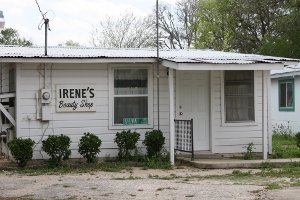 In 2007, Adam ventured out on his own again and re-established Adams Barber Shop at its current location, 618 South Guadalupe Street Suite 101 in San Marcos, Texas. Adam continues to strive to provide the utmost in customer satisfaction at a fair price.